The unit houses a collection with almost 500 samples of iron and manganese nodules and concretions from the Bothnian Bay, the Baltic Sea and the Barents Sea.

This unique collection was collected by Johan Ingri from the Technical University of Luleå between 1976 - 1985 and donated to the museum in 1997.

Iron and manganese nodules are usually round but can also show a more flattened shape, and are formed by redox processes at the sediment-water interface. Apart from iron and manganese other elements are also concentrated in the nodules during their growth. Since their chemical composition reflects the surrounding environment, and their growth can be seen as annual growth rings, they contain a very important record of environmental change. Locally, these nodules can be found in large amounts, and they may thus also be of potential economic interest as a source of metals.

Find out more:
Description of the nodule collection (pdf, in Swedish)

Database of the nodule collection (pdf) 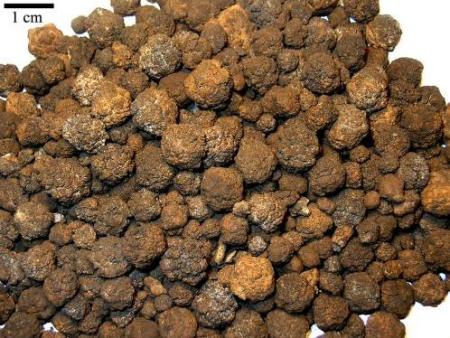 Iron and manganese nodules from the Bothnian Bay