Systematic and phylogentic studies of Sapotaceae 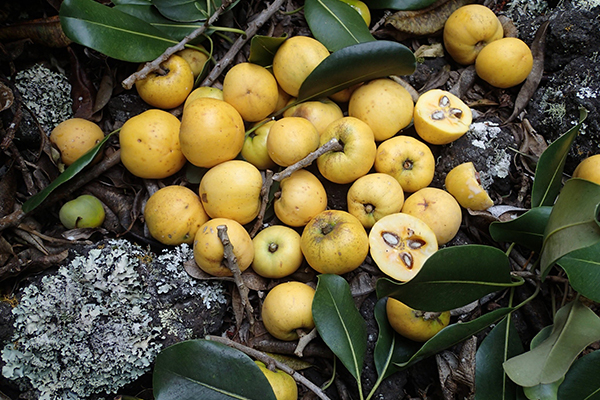 The plant family Sapotaceae, or the sapodilla family, circumscribes about 1300 species of shrubs, understory trees as well as giant canopy trees in all tropics around the world. Many species of the family are used by humans, for example, for dental health, food resources, and it makes a precious and durable timber. An unstable classification has given rise to confusion, misunderstandings, and unmanageable identification tools for stakeholders, conservationists, and the general public.

My research, based on molecular data and analyses in a Bayesian framework, aims at finding natural boundaries of genera, describe their morphology, distribution, origin and colonisations in time and space. We continuously stumble upon new species in the field, but especially in the world's herbaria. This biodiversity is more important than ever to scientifically describe and assess for IUCN Red List categories in an attempt to protect the plants for the future.

Organisms extend their distribution in time and space, explained either by vicariance or dispersal. Our research has demonstrated that vicariance may have happened, such as across the Antarctic continent long before it was covered by glaciers, but that dispersals across long distances have much greater explanatory power. Colonisation of islands in the Pacific Ocean, mainly from the west to the east, has taken place since 45 million years ago, usually in tandem as islands have developed.

We currently focus on the subfamily Chrysophylloideae in South America and South East Asia. In South America, a revised classification is developed and will to a large extent concur with what the French botanist Jean Baptiste Louise Pierre (1833–1905) proposed in 1890–91. In Asia and New Guinea, the genera Planchonella and Pleioluma are studied for revisions, two genera with many undescribed species.

University of Federal do Espirito, Brazil