From intraspecific diversity to hidden species diversity among mosses 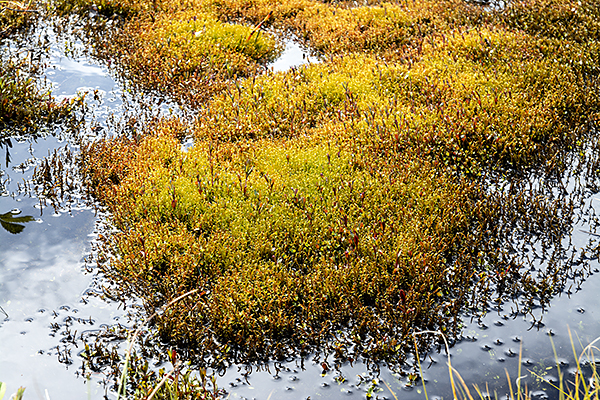 Sarmentypnum exannulatum is a widespread wetland species that includes genetic variants restricted to the north and mountains. Photo: L. Hedenäs.

Biodiversity includes three components, genetic, species, and ecosystem diversity. The fundamental genetic diversity has so far been much less studied than the other two components. Species are artificial but necessary constructs to facilitate communication, whereas genetic diversity and variation within and among morphological units identified as species may unravel patterns and processes that are otherwise invisible. The latter are often crucial for our understanding of nature as well as for biodiversity conservation.

In this long-term project I primarily study widespread moss species from different lineages, often in co-operation with colleagues at other institutions. Geographically, I focus on Europe or Scandinavia. I explore genetic diversity and composition and focus on the variation among closely related species or among geographical regions. The gained information allows answering questions concerning immigration history, regional distribution of diversity, effects of climate change, frequency of cryptic speciation, and incidence of hybridization or other exchange of genetic material. My current focus is on colonization patterns, based on genetic variation and reproductive biology at the regional scale in Sweden, and on European intraspecific diversity patterns.

This research is funded by

University of Amsterdam, The Netherlands

Hedenäs, L. 2019. On the frequency of northern and mountain genetic variants of widespread species: essential biodiversity information in a warmer world. Botanical Journal of the Linnean Society 191: 440-474. DOI 10.1093/botlinnean/boz061