Phylogenetic studies in the Athroismeae (Asteraceae) 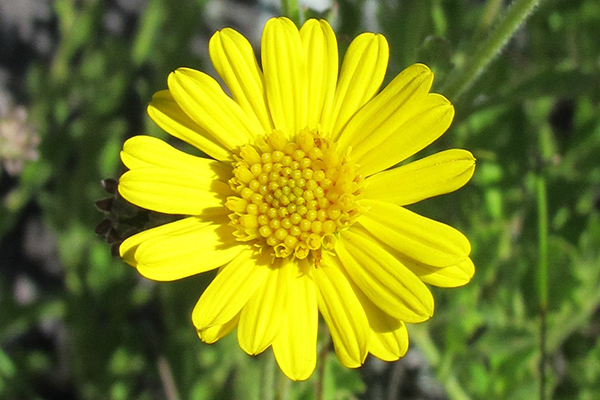 Athroismeae is a small tribe in the family Asteraceae with a striking variation in morphology. The taxa vary from herbs with yellow radiate capitula, to shrubs or small trees with discoid capitula aggregated in secondary heads. They have their main distribution in Africa, with some species in Asia. The tribe was not described until 2002 and consists of an assemblage of genera that were earlier placed in other tribes or associated with other groups, and that have gradually formed the Athroismeae. The members of the tribe are divided among four subtribes that show a great morphological variation, why the tribe Athroismeae remains difficult to characterize morphologically.

In this project we investigate the phylogenetic relationships of the tribe using molecular data combined with morphological studies. The aim of the project is to understand how the tribe and its members have evolved, and phylogenetic and taxonomic studies are conducted for several groups within the tribe.

This research is funded by Stiftelsen Harald E. Johanssons fund