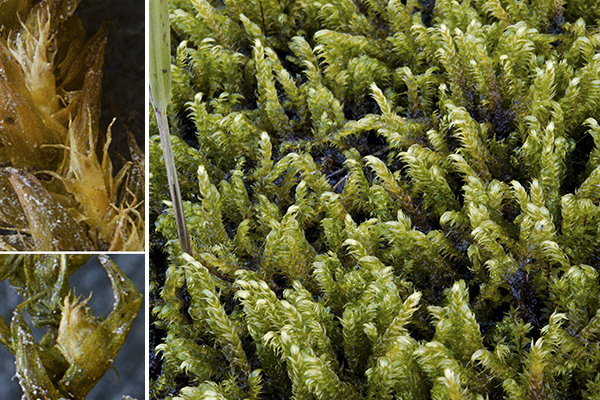 In one of my long-term lines of research, I study different aspects of the reproductive biology of bryophytes, including, e.g., diaspore banks, dwarf males (nannandry), and conditions and frequency of sporophyte formation. Depending on the specific questions, we study different species. Currently, we focus on sex ratios patterns in unisexual mosses. Bryophyte life histories differ from those of flowering plants, e.g., c. half of all bryophytes have separate sexes; many individuals and populations do not reproduce sexually, while adult sex ratios in reproductive populations are commonly female-biased. Thus, studying bryophytes significantly contributes to theories of sex ratio evolution in plants. Three of our recent target species are the pleurocarpous wetland mosses Drepanocladus lycopodioides, D. trifarius, and D. turgescens. We have developed a molecular marker to identify genotypic sex in non-reproductive plants. Previously, we showed that sex ratio at germination is balanced, but that both the expressed and the underlying genotypic adult sex ratio are skewed towards females. We now investigate whether the frequency of forming sexual structure (sex expression) and population sex ratio differ between regions, are scale-dependent and / or vary along environmental parameters, and we explore underlying causes for the observed patterns.

This research is funded by various sources;