A new Centre for Palaeogenetics

Stockholm University and the Swedish Museum of Natural History are joining forces to create a centre for research on ancient DNA. The new Centre for Palaeogenetics has the potential to obtain a world leading position in its field. 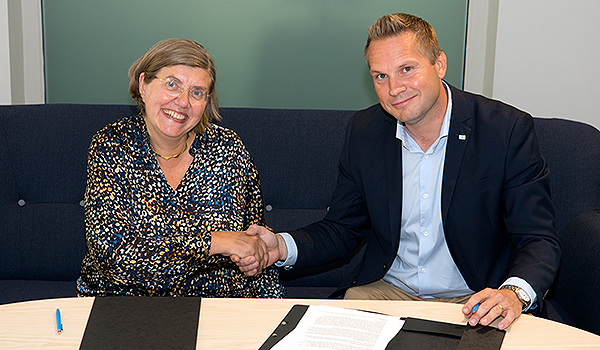 Palaeogenetics focuses on DNA analysis of old and pre-historic remains from long-dead organisms, and is a growing research field that currently is making significant contributions to our understanding of prehistory. With a new centre in Stockholm, the possibility of doing so increases considerably.

“What makes this centre unique is that it constitutes a collaborative effort between the archaeological and natural science research areas, which will make it possible to explore different questions from new perspectives,” says Anders Götherström, Professor in Molecular Archaeology at Stockholm University.

Genome of the woolly mammoth
Both institutions are internationally renowned in the field of paleogenetics. Anders Götherström’s research group was behind one of the most distinguished studies within archeological genetics a few years ago, when they demonstrated for the first time how agriculture came to Europe. Three years ago, Love Dalén’s research group was first in the world to sequence the genome of the woolly mammoth.

The institutions are in this sense complementary, sharing close connections with regard to research opportunities, research questions and methods. The physical merger of the research groups working on ancient DNA into one joint centre will increase opportunities for research synergies and knowledge exchange, as well as a more effective use of resources and an improved visibility and attractiveness.

“The Centre for Palaeogenetics will make both institutions’ eminent research more visible, both nationally and internationally. It will constitute a strong research environment, for both humanistic and natural science research,” says Rektor and President of the University Astrid Söderbergh Widding.

“This is a major step forward, especially for the research field but also with regard to the benefit of coordinating competencies and resources between two already prominent research institutes,” says Joakim Malmström, Director General of the Swedish Museum of Natural History.

Stockholm University and the Swedish Museum of Natural History have collaborated for many years, and in December 2017 their collaboration was formalized through an through a trans-organisational agreement. The new centre is a result of that agreement.

In the short-term, much of the centre’s research will be focused on using ancient DNA to explore how climate change has influenced different organisms, as well as to study how species are affected by inbreeding and loss of genetic variation when they approach the brink of extinction. Within the centre, researchers will also work to explore human history in detail, for example how different human migrations may have affected the development of societies and cultures.