Jonas Hagström, one of the officials in charge of museum collections, makes the week’s only phone call from Antarctica to his family back home in Sweden. (Photo: Thomas Mörs)

Expeditions — gathering knowledge of the Earth

A little exhibition about this museum’s role in charting the Earth’s plant and animal life — the path to current knowledge of the planet.

As early as several centuries ago, explorers set out to discover the known world. They collected research material — plant and animal specimens, minerals and tissue samples — that are still kept in museums of natural history around the world.

Now the Earth’s geography is well known. But nature continues to be surveyed because it is estimated that only a small portion of all the species on Earth are known — perhaps as little as ten per cent.

Polar expeditions, then and now 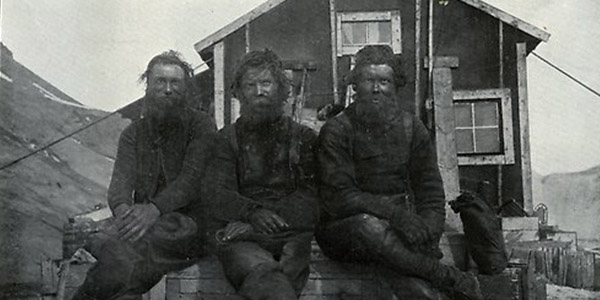 In 1901 a group of Swedish scientists travelled to Antarctica. It turned out to be a dramatic journey. Shortly before they were due to return home, their ship fastened in the ice and sank. The shipwrecked scientists were forced to remain for an additional year before another ship rescued them. (Photo: Swedish Museum of Natural History)

Among the discoveries made during the Antartica Expedition 1901 were the fossil remains of extinct giant penguins that lived 40 million years ago.

Most early explorers were men, and they became heroes of their times. They studied plants and animals, collected fossils and took measurements of the harsh climate.

Over 100 years later, the museum continues to collect research material in the polar regions — but under safer conditions and with many women among the researchers. There are both major expeditions requiring large icebreakers and smaller efforts with few participants. . 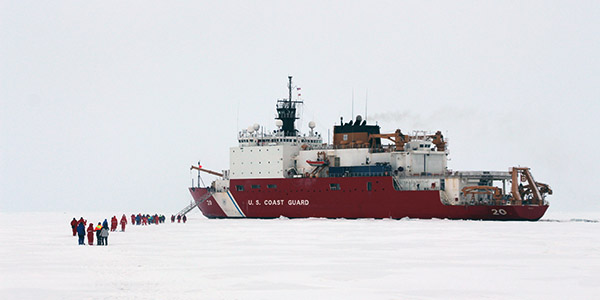 ”One reason for going on a polar expedition is the sheer adventure of it — to leave the desk and civilisation behind and live on nature’s conditions,” explains museum curator Jonas Hagström. (Photo: Stefan Hendricks) 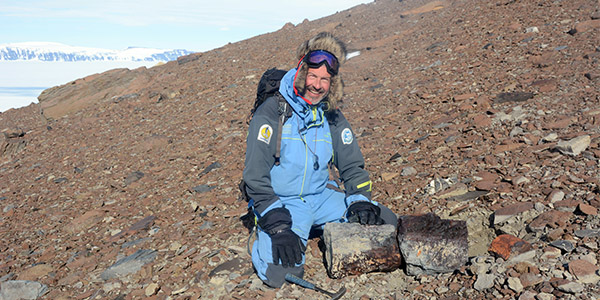 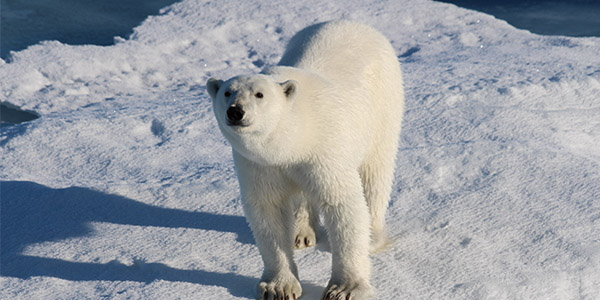 In the Arctic — a close encounter with a polar bear. (Photo: Mario Hopppmann)

Exploring the tropics, now and then

Most of the world’s plant and animal species live in tropical areas. Many are still unknown to science and are seriously endangered by deforestation and other threats to habitats.

Scientists all over the world are collaborating to collect specimens of tropical plants and animals which are kept in museums where they are studied and scientifically described. The collections are also used within various fields of research, including the determination of relationships between species. 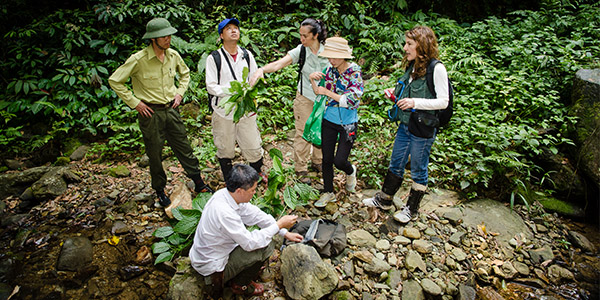 Today, expeditions are often collaborative efforts in which specialists and students learn from each other. Scientists from this museum also share their knowledge and bring back the results of new discoveries. Seen here, part of an expedition in Vietnam. (Photo: Johannes Lundberg) 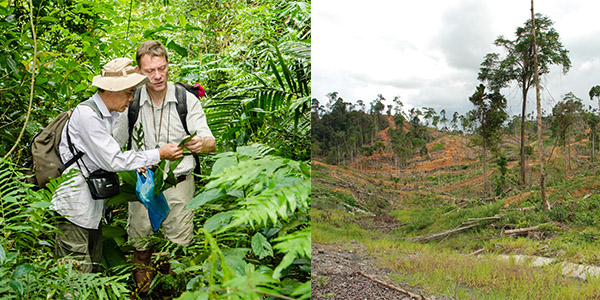 Destruction of rain forest is a growing threat to plant and animal species which gives added importance to the collecting efforts of museums. To the right, a devastated rain forest — an increasingly common sight. (Photo: Nklas Apelqvist) 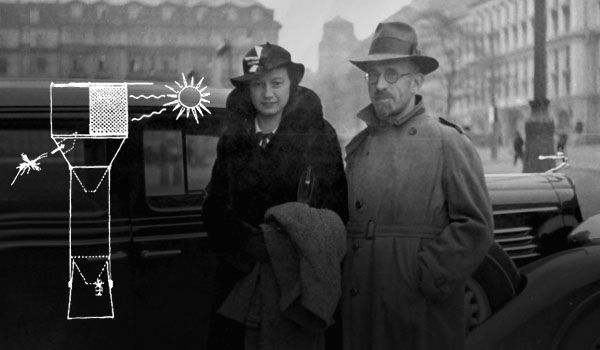 Diagram of a Malaise trap and the Malaises. In 1934 entomologist and inventor René Malaise and his wife Ebba travelled to Burma where he tested his new invention — the trap named after him which is used by scientists all over the world to collect insects. (Photo: Swedish Museum of Natural History) 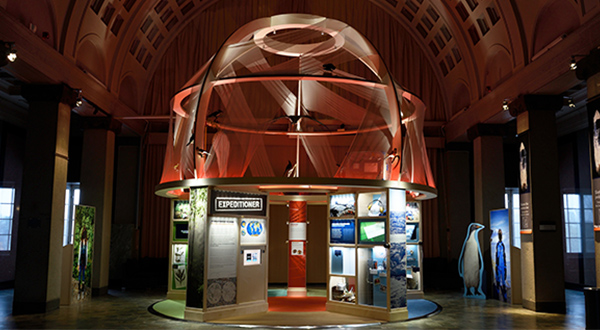