The Dutch naturalist Hendrik Elingsz van Rijgersma was born on 5 January 1835 in Lemmer, Province of Friesland, the Netherlands. He studied medicine and became a physician in 1858, and also worked as a physician in the small town Jisp and thereafter on the island of Marken.

In 1861 he married Maria Henriette Gräfing. They had seven children born between the years 1862 and 1874. Van Rijgersma served as the government physician on the island St. Martin in Netherlands Antilles from 1863 until his death in March, 1877 at the age of 42. 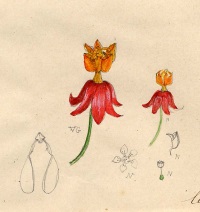 In 1863, when slavery was abolished in the Dutch colonies, van Rijgersma was one of six physicians appointed to care for medical treatment of the liberated slaves.

Although his principal concern was medicine, he was also a keen amateur naturalist and found time to collect molluscs and other animals. The work with molluscs resulted in an accumulation of shells and a series of long-unpublished watercolours.

He was an excellent painter and made two sketchbooks full of drawings and watercolour paintings of shells. 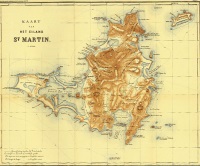 Van Rijgersma's great interest in natural history and science was also manifested in his intention to write an illustrated flora of S:t Martin. In 1988, the book Flowers from St. Martin, the 19th Century Watercolours of Westindian plants painted by Hendrik van Rijgersma was published by H. E. Coomans and M. Coomans-Eustatia.

The watercolours reproduced in the book were taken from van Rijgersma's own sketchbooks, dated 1868. At the time of the publication it was not known to the authors whether van Rijgersma kept a collection of dried plant specimens, or not.

In the Swedish Museum of Natural History, there are 129 plants collected by van Rijgersma, of which 74 have illustrations.