The Australian Triassic floras have many taxa in common with the well-studied Triassic floras of South Africa, Argentina and Antarctica, but much less in common with floras from North America, Europe and Asia, thus contributing to the concept of a widespread but distinctive Southern Hemisphere flora during this time interval. The floras are dominated by Dicroidium — a distinctive forked leaf attributed to the Corystospermales (an extinct group of Mesozoic “seed-ferns"). A regular turnover of species is evident throughout the Triassic and there are some regional differences in the composition of the floras (Balme et al. 1995), but the eastern Australian floras show a consistent signature of shared taxa and modest diversity in both the macrofossil and spore-pollen record that enables the assemblages to be grouped together in what has become known as the “Ipswich-type" Triassic flora — named after the well-studied assemblages of the Ipswich Basin (Dolby & Balme 1976).

The eastern Australian Triassic floras developed under a cool and generally moist climate at high latitudes (>55°S). Fossil plants, particularly of Middle to Late Triassic age, have contributed to the development of thick coal deposits that have been mined as an important source of thermal (steaming) coal for electricity generation. Coal of this age is still mined in the Tarong, Callide and Leigh Creek Basins.

Triassic plant fossils have been contributed episodically to the collections of the Swedish Natural History Museum since Dr E. Mjöberg´s Swedish Scientific Expedition to Australia in 1910-1913 (Antevs 1913). The Museum now has a substantial collection of fossil plants (mostly impessions and compressions) from a diverse range of localities. In total, these represent probably the largest public collection of Australian Triassic plants outside of the Australian Museum (Sydney) and the Queensland Museum (Brisbane). 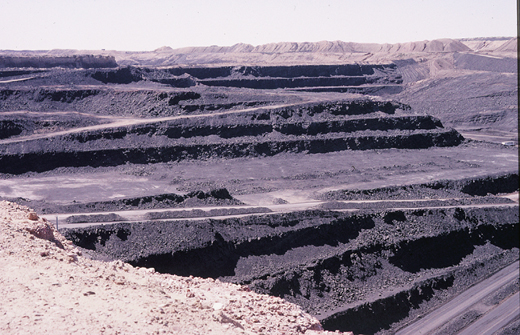