Following the amalgamation of Pangea in the early Mesozoic, the Jurassic represented a time of reduced floristic provincialism across the world. The beginning of the Jurassic was also marked by major readjustments in the Australian flora. Plant groups such as corystosperms, peltasperms, voltzialean conifers, and ginkgophytes that had dominated the coal-forming floras of the Late Triassic disappeared or declined in abundance or diversity at the Triassic-Jurassic boundary. Accompanying this change in the dominant components of the vegetation was the extinction of a range of minor pteridosperms with obscure affinities including Yabeiella, Linguifolium, Gontriglossa and Dejerseya. The Triassic-Jurassic transition represents a major extinction event for Australian terrestrial floras and the floristic turnover appears to be mirrored in other parts of Gondwana. However, the timing and sharpness of this extinction with respect to biotic turnovers in the marine realm has not yet been investigated in Australia through high-resolution palaeontological studies. The extinction event roughly corresponds to cessation of sedimentation in several intermontane coal basins in eastern Australia (e.g., Ipswich, Tarong, Callide, Leigh Creek basins). New basins such as the Carpentaria, Laura, Eromanga, Surat , and Clarence-Moreton Basins developed in the Early Jurassic as broad epicratonic downwarps over large areas of eastern and central Australia, and incorporated predominantly non-marine sediments. In most cases, sedimentation in these basins continued into the Early Cretaceous without significant disruption. Jurassic and Early Cretaceous sedimentation in Western Australia was confined mainly to the Perth, Carnarvon, and Canning Basins that had been intermittently accumulating sediments in broad rift-like settings since the mid-Palaeozoic. Greater marine influence is evident in the Western Australian basins. Most investigations of Australian Jurassic-Cretaceous macrofloras have focussed on eastern Australian fossil assemblages and many of these studies are now seriously outdated particularly in relation to the taxonomy of the gymnospermous elements of the floras (Gould 1975, McLoughlin & Drinnan 1995). Detailed palaeoenvironmental and palaeoclimatic analyses of these fossil biotas are also lacking. In general, the eastern Australian Jurassic floras are dominated by Bennettitales, Pentoxylales, putative Corystospermales, araucarian, cheirolepid and podocarp Coniferales, and osmundacean, marattiacean and dicksoniaceaen ferns. However, the floras do not remain stable through the Jurassic; several significant floristic phases have been recognized, and the transitions between these phases are generally attributed to changes in the regional climate (Turner et al. 2009). 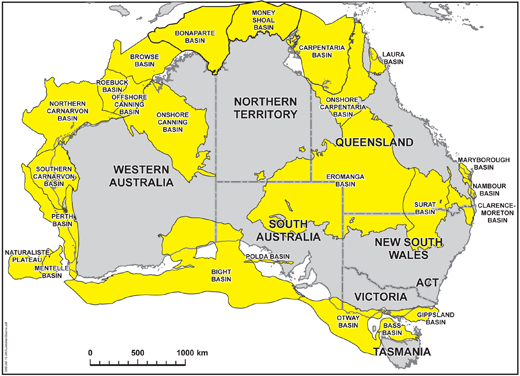 McLoughlin, S. and Drinnan, A. N., 1995. A Middle Jurassic flora from the Walloon Coal Measures, Mutdapilly, Queensland, Australia. Memoirs of the Queensland Museum 38: 257-272.