Ecklon and Zeyher had a fruitful history of cooperation in collecting and describing new plants for science. 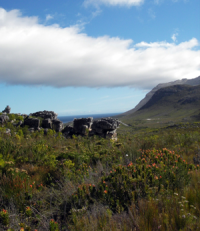 Karl Ludwig Philipp Zeyher (1799 - 1858) born in Dillenburg, Germany and started his apprentice in botany with his uncle Johann Michael Zeyher, the head gardener of the Duke of Schwetzingen.

It was as an apothecary that Ecklon worked most of the time during his first trip to Africa, in 1823. At that period, he dedicated himself to botany only in his spare time, for example by collecting in the Table Mountain and around Cape Town.

Later, in 1827, Ecklon started to commit himself to the collection of natural history specimens in a full time basis. Back to Europe in 1828, he had already gathered an extensive herbarium, which was very important for the treatment for the Flora Capensis (1860-1865) by Otto Wilhelm Sonder and William Henry Harvey.

Zeyher started as botanical collector by the influence of Franz Sieber, who had convinced him to join into the growing industry of collecting and selling natural history specimens. Sieber offered Zeyher a parterniship with the aim to collect at the Mauritius Islands.

They sailed together towards Mauritius in 1822, but Zeyher was left to collect in Cape Town instead, while Sieber sailed on by himself to Mauritius.

Sieber returned to Cape Town two years later to pick up the specimens collected by Zeyher and guaranteed that he would share the proceeds in due course. However, no payment ever came, and Zeyher realized that he would have to keep going on his own.

It was when Ecklon came back to Cape Town, around 1828, that he and Zeyher settled their partnership. Their goal was to join forces, covering more ground and pooling their collections. They left Cape Town in October 1829, Ecklon left by boat to Algoa Bay and collected in Eastern Cape, while Zeyher went northwards by ox-wagon, exploring Namaqualand and Orange river.

Ecklon returned to Cape Town earlier than Zehyer. While waiting for Zeyher, he started working on their collections. He publish an article entitled "A list of plants found in the district of Uitenhage, between the months of July, 1829, and February, 1830, together with a description of some new species" in the South African Quaternaly Journal (no. 4: 358-380, August 1830).

This article, in which he described 11 new species, is possibly the first truly botanical article published in South Africa. He later met with Zeyher in Tulbagh, where they scaled the mountains and made several local excursions.

By that time they started planning their famous joint expedition to Kaffraria, under which name the southeast part of what is today the Eastern Cape in South Africa was known at the time.

This trip kept them occupied for two years (1831-1832) and at the end their collections had accumulated to such an extent that they had to send parts of their material back to Cape Town by ship.

At the photo to the right: Type specimen collected by Ecklon and Zeyher. Ixia punicea Eckl.

As the collections kept growing enormously they agreed that Ecklon should return to Europe as soon as possible to sell their collections.
Ecklon left Cape Town for Europe towards the end of 1832 with 38 cases of material including bulb seeds as well as plant specimens.

It was during Ecklon's stay in Hamburg that he worked on their descriptive catalogue of South African plants: Enumeratio Plantarum Africae Australis (1835-1837), published in three fascicles.

Despite that, even before Ecklon returned to South Africa in 1838, Zeyher had become desillusioned with their partnership and started collecting by his own and later in conjunction with other collectors such as Joseph Burke. He kept travelling and collecting almost until his death in 1858. Ecklon in his turn, although still collecting with some regularity around Cape Town, lost his enthusiasm due to poor health and lack of funds.

Ecklon died later in 1868 under very poor circumstances. Ecklon's herbarium including numerous specimens collected by Zeyher was acquired by Otto W. Sonder. The largest part of Sonder's herbarium was purchased by Nils Johan Andersson at the Swedish Museum of Natural History, but some parts are in the Royal Botanic Gardens, Melbourne and in the South African Museum, Cape Town.
According to IPNI, Ecklon and Zeyher have described nearly 2000 different genera and species.

The herbarium in Stockholm houses the types of more than half of these species named by them. The total number of types collected by Ecklon and Zehyer stored in Stockholm, surpasses 2,000. Most of those are already digitized and available in our database Krypto-S. 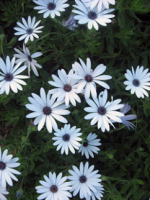 Ecklon and Zeyher valuable contribution to Botany is recognized and celebrated through a number of species and genera named on their honour.