The Early Evolution of Shelled Invertebrates 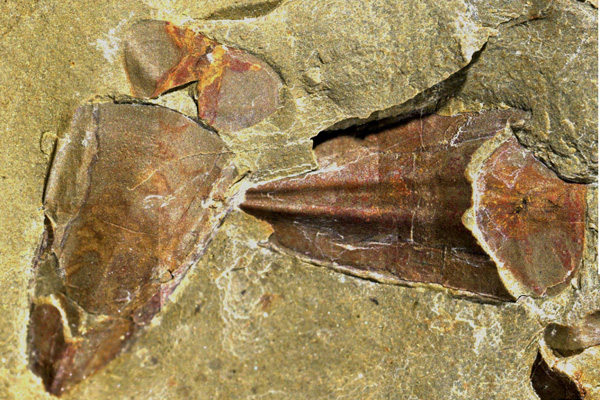 Hyoliths from the early Cambrian of China

The Lophotrochozoa is one of the largest and most diverse branches in the family tree of animals and include bivalves (Phylum Mollusca), earth worms (Phylum Annelida), moss animals (Phylum Bryozoa) and lamp shells (Phylum Brachiopoda) among other groups. From genetic studies we know that these groups are closely related but their exact relationships to each other are not well understood. Fortunately, many lophotrochozoans have shells that can be preserved as fossils. Thanks to this, we can study their earliest evolution during the Cambrian period through their fossil remains.

During the early Cambrian animal life evolved explosively in the seas and many animal groups appeared for the first time. Among these are the earliest Mollusca and Brachiopoda but also many more problematic fossils from animals that lack modern representatives. These extinct groups are the key to understanding the earliest evolution of modern animals as they represent early diverging side branches of the animal groups we are familiar with from the modern fauna. By studying these extinct groups and map out how they are related to modern animals we can understand how the basic plan of modern animal evolved.

In this project we focus on several different fossil groups, including the tommotiids who had an external skeleton composed of many small cone-shaped sclerites and the hyoliths who had a single tooth-like shell. We study how the skeleton and internal anatomical structures in these groups evolved during the early Cambrian and how their characteristics changed over time. The internal structure of the shell is also important. While we can show that tommotiids are closely related to the Brachiopoda, the phylogenetic position of hyoliths is less clear, buy they seem to be related to the Mollusca.

This research is funded by the Swedish Research Council (VR)