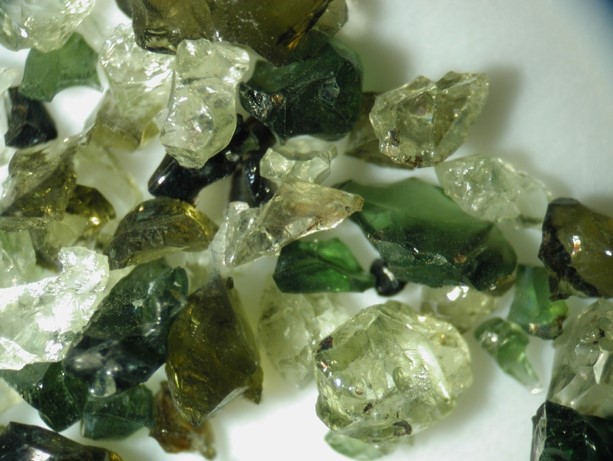 Traditionally, minerals have been regarded as either hydrous or anhydrous, depending on the occurrence of OH- or H2O groups in their ideal structural formulae. However, during recent decades it has been shown that low concentrations of water, in the form of OH- ions or H2O molecules, is a widespread component also in the nominally anhydrous minerals.

The role of such minerals (olivine, pyroxene, garnet) in the Earth’s upper mantle has received a strong interest, partly because they provide a water storage mechanism at conditions where hydrous minerals are not stable. Relatively high water concentrations in nominally anhydrous minerals, with contents approaching 1000 ppm H2O may also be found in mantle-derived specimens. Profound effects on physical and chemical properties of the mantle, such as viscosity and electric conductivity, have been demonstrated already at low hydrogen concentrations.

In this project, we are studying hydrogen stability and redox-exchange mechanisms with the aim to increase the understanding of the effects of hydrogen incorporation in nominally anhydrous minerals. An important issue is whether observed concentrations are representative for the original conditions, or if the kinetics of hydrogen exchange reactions is fast enough to allow re-equilibration during ascent processes.

In a sub-project we are also studying water concentrations in phenocrysts from volcanic rocks. The aim is here to determine water contents in the host magma, which is strongly affecting the intensity of volcanic eruptions.

Another sub-project studies the occurrence of hydrogen as substitutions in detrital quarts in sedimentary rocks from the Italian Alps, since these substitutions depend on the environment of formation of the quartz (pressure, temperature, chemical conditions), and thus indirectly on the provenance of the quartz and the sediments.