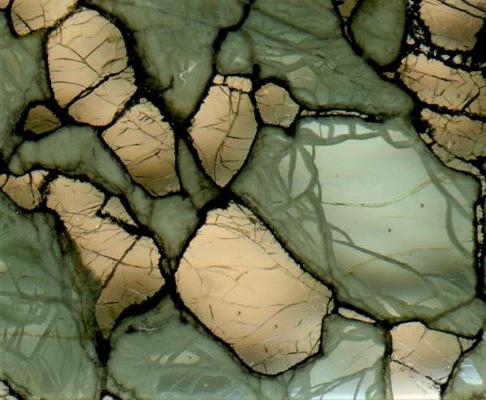 The presence of low water contents (as H2, OH- or H2O) dissolved in nominally anhydrous minerals (NAMs) has met a large interest in the recent years, particularly due to their influence on the upper mantle properties. Nevertheless, the water exchanges between the crust and the mantle are not yet well constrained. Studies on water incorporation in mantle NAMs are limited to lithologies sampled by kimberlite magmas from the cratonic root, and the effects of mineral composition on hydrogen forms and isotopic fractionation are not well known.

Omphacitic clinopyroxene found in eclogites may contain up to thousands of ppm of water, being the NAM with the highest water content in the upper mantle. Due to the slow solid-state diffusion of structurally-bound water in clinopyroxene, it is believed that it reflects the water content of its crustal origin and that it supplies most of the upper mantle water budget. Due to their relatively high water storage capacity and petrogenesis, mantle omphacites are ideal for studying the water recycling into the mantle under different hydrogen configurations and their possible effects on hydrogen isotopic fractionation.

A growing body of evidence suggests that hydrogen in the Earth's interior is isotopically heterogeneous, however only few studies on hydrated minerals in mantle peridotites have been carried out so far, and even less so on NAMs. The characterization of this previously unidentified H reservoir may have important implications for our understanding of the water cycle on Earth, and particularly of the crust-mantle water transfer.