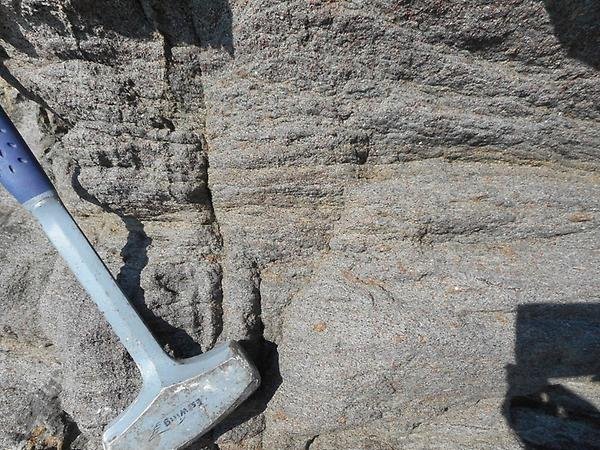 The great versatility of rutile (TiO2) in studies on crustal evolution and tectonics is becoming increasingly apparent. The mineral provides a reliable single-mineral thermometer, capable of retaining temperature (T) information during high and ultra-high temperature metamorphism. Its HFSE contents can be used to investigate the geochemical environment in which rutile crystallized. Most importantly, rutile strongly fractionates U/Pb and exhibits Pb diffusion at moderate to high T, enabling U-Pb thermochronology. The use of diffusion profiles in geothermometry is a relatively well-developed method, e.g., for major elements in garnet. The potential of using Pb diffusion profiles in rutile to determine peak T of a rock has not previously been explored.

This project aims to constrain peak T, age, and cooling history using Pb diffusion profiles in rutile exclusively. The approach is to select large rutile grains from high T metamorphic rocks that have a well-known thermal history. An area that meets this requirement is the Ultrahigh Pressure zone of the Western Gneiss Complex, Norway. Previous studies have documented cooling from ~800 °C between 410-380 Ma based on a wide range of minerals and isotope systems.

Diffusion profiles in rutile will be measured using laser ablation multi-collector ICP-MS. Combined with the known diffusion coefficients of Pb in rutile the profiles will yield probable crystallization tempera-tures for rutile and a cooling history towards the closure T for Pb in rutile. The validity of the method can be easily assessed by comparing results with existing regional data. In addition, Zr in rutile will be analysed using electron probe micro-analysis to have a secondary constraint on the rutile crystallization temperature.

The results will provide a more detailed estimate of the regional cooling history at moderate temperatures for the Western Gneiss Complex, Norway. More importantly and fundamentally, the new approach of Pb in rutile diffusion thermometry will establish a fast single-mineral method to constrain cooling histories at moderate- to high-temperatures, bridging the gap between methods in high-temperature geochronology (e.g., U-Pb zircon and monazite dating) and low-temperature thermochronometry such as 40Ar/39Ar thermochronology and (U-Th)/He dating.