Evolution of the North Atlantic Craton 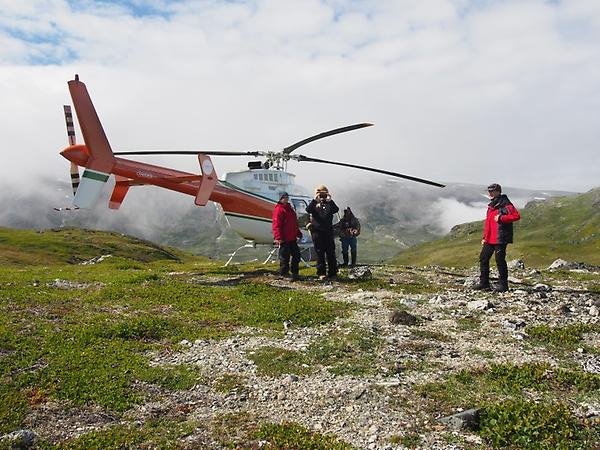 Fieldwork in the Saglek Block, Labrador, 2014.

The North Atlantic Craton, stretching from northern Canada through Greenland, Scotland and into northern Fennoscandia, contains some of the best exposures of Earth’s earliest continental crust
(ca. 3.9 Ga), as well as preserving a record of crust generation processes in the Neoarchean, a time when modern plate tectonic processes were becoming fully developed. The work of the project is divided into three main areas:

1) Northern Labrador (Saglek region). While this area has been long-known to contain early Archean gneisses correlative with southern West Greenland, it has remain poorly investigated due to the complex logistics involved as well as the generally higher grade of metamorphism that obscures its earliest evolution. Our field sampling in 2014 and subsequent isotopic work is revealing a more complex set of early-Archean magmatic events than previously known and forms the basis for ongoing field investigations and future work.

2) Southern West Greenland (Nuuk region). Despite a vast amount of field and laboratory work by various groups over four decades, the evolution of the Nuuk region, the largest area of exposed early Archean crust on Earth, still remains controversial, not least with regard to its potential to host early terrestrial biology. Our work comprises studies of gneisses using zircon geochronology and Hf isotopes to reconcile conflicting views of mantle-crust differentiation at this time as well as addressing the protoliths of putative life-hosting lithologies.

This work is partly funded by the Knut and Alice Wallenberg Foundation and the Swedish Research Council (VR) and was previously funded by the European Union (Marie Curie Actions).