He described more than 700 species during his botanical work. 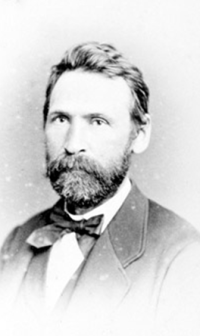 Auguste François Marie Glaziou (1828 - 1906) was a French landscape designer who born in Lannion, Brittany. In 1858, at the age of 25, Glaziou went to Brazil after a request of Emperor Dom Pedro II, who appointed him General Director of Public Gardens for the city of Rio de Janeiro.

Glaziou was the responsible for landscape design at several sites during much of the 19th century, for example the gardens at Quinta da Boa Vista and the residence of the Brazilian royalty.

During his tenure in Brazil he was also active as a plant collector, starting almost as soon as he arrived in Rio. First he explored the state as far as Serra dos Orgãos and Serra de Itatiaia, later extending his excursions to Minas Gerais, São Paulo, and Espirito Santo.

The last two years in Brazil, Glaziou spent on an encompassing exploration of the state of Goiás, resulting in a particularly beautiful collection with immense historical and botanical value. In 1897 Glaziou returned to France and settled in Bordeaux, where he dedicated himself to organising and studying of his collections.

His first publication was the first volume of his 'Plantae Brasiliae Centralis a Glaziou lectae', from 1905, which was published in the Bulletin de la Société de la France. The second volume came on 1906, soon after that Glaziou succumbed to a pulmonary infection. 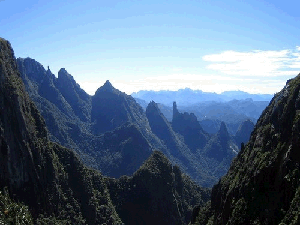 He described more than 700 species during his botanical work, and several of his collections were examined for Martius' 'Flora Brasiliensis' and designated as types.

The Stockholm herbarium (S) have more than 500 type specimens collected by Glaziou. Most of the Glaziou material in S has little additional label information apart from their numbers and locality.