How did the ability to induce galls evolve in gall wasps? 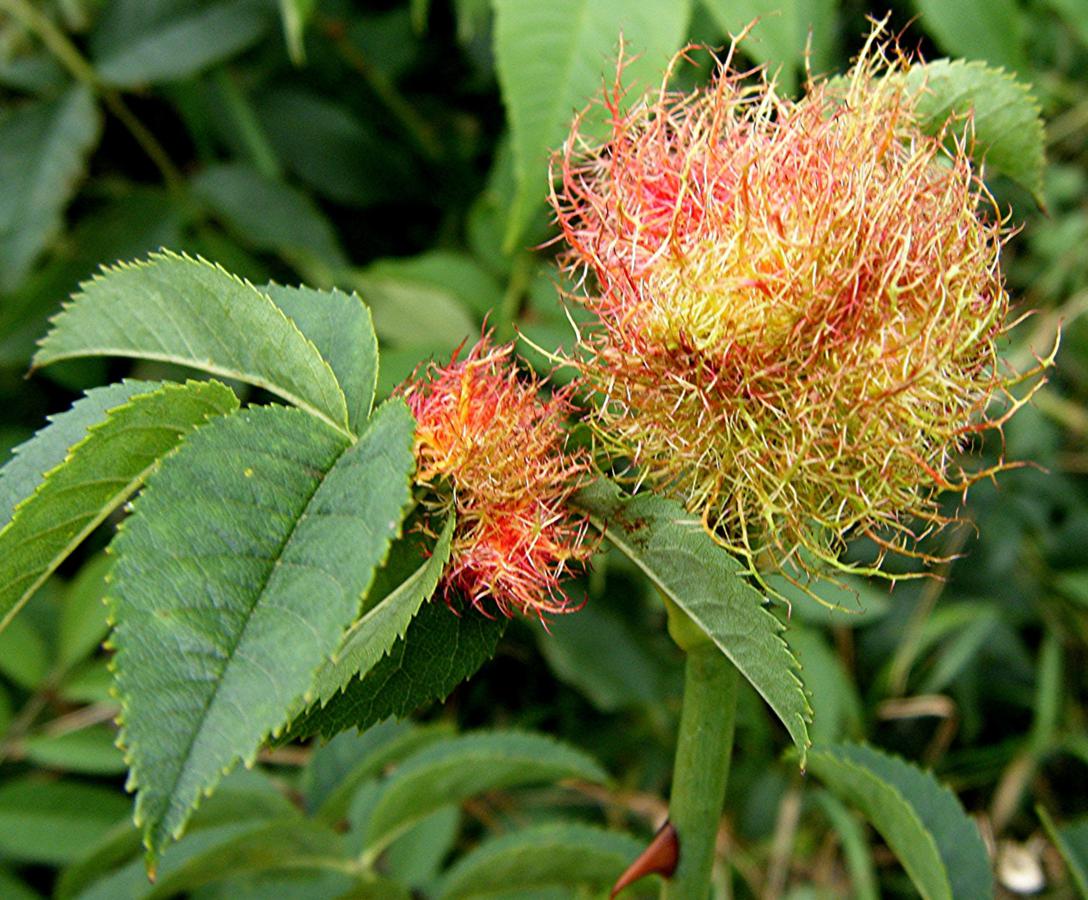 Plants form galls when they are attacked by certain foreign organisms, gall inducers. The galls provide protection and nutrition for the gall inducer, but the plant gains nothing from producing them as far as we know. There are many gall-inducing organisms, but none that are so adept at modifying the host plant for their own purposes as gall wasps (family Cynipidae). Common cynipid galls in Sweden include the bedeguar on roses (see photo) and several types of galls on buds and leaves of oaks.
Gall wasps belong to the parasitic wasps and were originally parasitoids - they lived inside a host larva, which they eventually consumed entirely. Most data suggest that gall wasps originated from parasitoids feeding on insect larvae within galls. Somehow, they started feeding on the gall tissue instead of eating the larvae inside the gall, but it is still unclear how this shift occurred.
Some gall wasps living today, so-called inquilines, feed on the plant tissue inside the gall but cannot themselves induce galls. Other gall wasps are true gall inducers, and they typically induce species-specific galls. Did the inquilines originate first, and did the gall inducers evolve from them? Or was it the other way around? Today, we know with certainty that there have been several independent transitions between gall inducers and inquilines, but in most cases we still do not know the direction of these transitions. It is also unclear what mechanisms gall inducers use to manipulate the host plant, and whether the inquilines have lost the ability to induce galls or never had it.
We sequence and compare entire genomes to study how the ability to induce galls originated in gall wasps, and to identify potential genes that might be involved in the gall induction process. We are interested, among other things, in a newly discovered group of gall inducers attacking acorns, which originated recently (relatively speaking) from inquilines in oak galls.

The research is supported by the EU